Rent a car from Val&Kar for Veliko Tarnovo 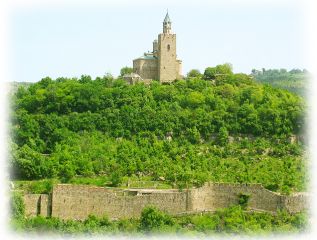 sarevets is a mediaeval stronghold in the old town of Veliko Turnovo in Central Northern Bulgaria and it is one of the most important historical objects n Bulgaria, and very attractive sightseeing for the tourists. Veliko Tarnovo has been the capital of Bulgaria during the second Bulgarian kingdom. It served as the Second Bulgarian Kingdom's primary fortress and strongest bulwark from 1185 to 1393, housing the royal and the patriarchal palaces, and is a popular tourist attraction.

The whole stronghold is girdled by thick walls (reaching up to 3,6 m) and was served by three gates. The main gate was at the hill's westernmost part, on a narrow rock massif, and featured a draw-bridge. The second gate is 18 m away from the first one and the third one, which existed until 1889, is 45 m further.

The Sound and Light audiovisual show is an attraction carried out in the evening that uses three lasers, variegated lights, dramatic music and church bells to tell the story of the fall of Tarnovo to the Ottomans, as well as other key moments of the history of Bulgaria. The large-scale show has been organized at Tsarevets since 1985, when the 800-year anniversary of the Uprising of Asen and Peter was celebrated. It was designed and planned by a Bulgarian-Czechoslovak team led by Valo Radev and Jaromir Hnik.

Samovodska Charshiya
In the second half of the 19th century, when Turnovo began to grow to the west of Bajdarlick Square, the Samovodska Charshiya developed as an economic centre. Women from the nearby village of Samovodene used to come in on those market days, put down small rugs before them, pile their vegetables on them and begin to sell them. This is where its name came from, the Samovodene Market, Along the pavements from the bakery to Hadji Nikoli's Inn village women from Belakovets sold milk, butter and cheese. On market days it was one of the most animated places in the town. It consisted of two streets bordered by shops, craftsmen's workshops, and inns. One of them began at a small square known as Oun (flour) Pazar (today Samovodska Charshia Square), and continued along the street which led to the Dryanovo Inn (at the place of the "Modern Theatre" Cinema, recently demolished). There were many other inns hereabouts, those of Hadji David and Hadji Veliko, Atanas Yonoolou's and Hadji Nikoli's, a grocer's shop, a sandal maker, blacksmith and other craftsmen's shops and workshops. 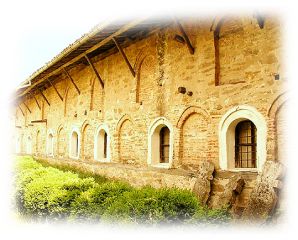 Arbanassi
The old settlement of Arbanassi is situated on a high plateau with a view to the hills of Tzarevetz and Trapezitza, four kilometers from Veliko Turnovo. It's distinguished for its impressive houses and churches with rich interior decoration, wood-carving, and mural paintings created in XVI - XVII century. Namely these unique monuments from our architectural and arts heritage are the cause for Arbanassi to be frequently visited not only by tourists but also by scientists, archeologists, historians, architects, and artists. With a tsar decree from 1921 the settlement is declared resort, and in 2000 it is declared "historical settlement" with national significance. 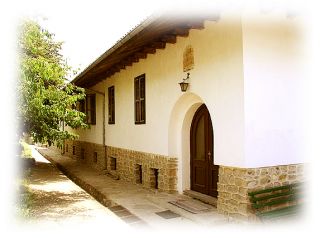 The St. Bogoroditsa Convent
The St. Bogoroditsa Convent is situated in the beautiful village of Arbanasi, a few kilometers away from Veliko Turnovo. It is widely known under the name Arbanasi monastery.
The cloister was founded during the Second Bulgarian Kingdom. Its buildings were among the few that survived the Ottoman invasion. In the beginning of the Ottoman reign over Bulgaria, the monastery remained big and wealthy but was eventually abandoned because of frequent assaults.
Arbanasi monastery was burgled and devastated many times. A church was constructed in the 17th century. It is still well preserved. In the early 18th century, several residential buildings were constructed near the church and the monastery resumed its activities. Some church wall decorations were made in the next few decades. They can still be seen.
A miraculous, silver-plated icon, has found its home in the monastery. The legend describes how the icon was created many years before the Ottoman invasion and the nuns buried it after they abandoned the cloister. Many years later, a young shepherd heard weeping coming from the earth. The child uncovered the icon and took it back to the monastery.